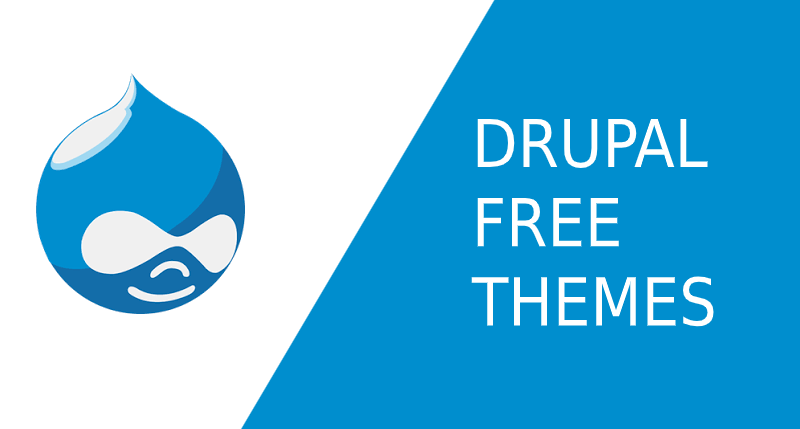 I remember looking at the selection of Drupal themes late 2007 and thinking; who is actually using these? They all seemed to resemble a developer’s perspective on design. As a result Drupal themes used to be very boring indeed. In doing my research for this article I was truly astounded at the quality of free and premium Drupal themes available. It’s a testament to how Drupal has grown that the quality of the themes prove that it’s no longer just developers that are interested in the technology but designers also.

Here’s my run down on my top 10 free Drupal themes. I’ve picked these themes not just because I think they’re some of the best looking themes available but because in my experience they’ve been flexible enough for me to do what I like with them and still hold there own. I’ve bought premium Drupal theme’s in the past (being lazy) and some haven’t stood up to actual usage which I think is pretty important. Remember all of themes are available from drupal.org. On with the main event…

Root candy is the most important theme I’ve ever come across. It is an administration theme, which makes it a dubious contender for the top spot however it’s the only place you can really use a free theme when developing for a client.

It’s normally pretty hard to find a theme that does both the visitors and administrators. Sure Garland.etc. does a pretty good job but I think everybody is tired of seeing Garland. The thing is showing a client an administration back end in Garland is a very underwhelming experience, it does the job but if you’re interested in being a designer it just doesn’t work.

Root Candy however is different; it doesn’t try to work for visitors. It’s just for the administration area. As a result it feels nicer than any other theme trying to double up as an administration theme and it’s something you can be proud of when showing to a client. It’s sad to say but icons really do help people navigate around and I seem to get a lot less phone calls about how to do things when I deliver a site with Root Candy. If you haven’t used it before it’s an absolute must.

The Magazeen theme is a cool and modern theme with a stylish colour scheme. It’s everything that’s great about a Drupal theme. It looks amazing and it’s clearly focussed on Drupal article publishing. It feels similar to a lot of other Drupal themes but it has elements that put it above the rest. It just kind of works for all things Drupal related.

Marinelli is a 3 column Drupal theme. It’s used fairly widely but it’s well made and doesn’t break easily. I personally like the design but there are some elements I’d tweak myself to give it a little extra edge. In terms of working with a relatively simple theme that has a big impact Marinelli is great. Enabling the Marinelli theme is a quick and nice way to make your Drupal site look ready to go.

I really like this theme. It could be because I’m going through a bit of a minimalist stage at the moment. It’s by no means perfect, I’d tidy up certain elements but I think it’s really cool that there’s a good minimalist Drupal theme out there. As a result it’s also got very good performance.

It’s not quite finished yet, but I’ve used it and really like it. It’s just something a little bit funky for the Drupal community. Give it a go; I’m sure the creators would like as much feedback as possible.

The theme was initially created by Artiseer and then tweaked by a Drupal theming company. It’s pretty basic and because it’s an Artiseer theme originally I imagine it’s got a fair few tags over the place. I haven’t used it myself but I think it’s a good example of a basic Drupal theme that can help spruce things up a little.

Summertime is a beautiful theme with lots of small fancy things which will make your Drupal website look unique. It’s actually one of the nicest looking themes available; it’s caked in web 2.0 features and doesn’t feel like Drupal theme which is actually a pretty good thing.

I really like this theme a lot, with a little work this could easily be the best Drupal theme out there. The only reason it’s not higher up on the list is simply due to a lack of styling for certain core(ish) Drupal elements. For instance look at the demo site and tell me why the poll isn’t fully styled? Simple touches like that will turn this theme into something great. In fact being slightly incomplete as it is gives you the perfect opportunity to customise it to your requirements. Every cloud eh?

I really like this, background textures are majorly “in” so it’s about time Drupal got on board and this theme from Nicolas Borda does just that. It’s a very nice theme indeed.

Another quirky theme, it’s not really a corporate look but there are some nice design elements and it’s a pretty flexible theme. It reminds me a bit of the theme for the Drupal conference website (can’t remember URL). Go give it a go.