Programming Languages and Frameworks You Should Learn 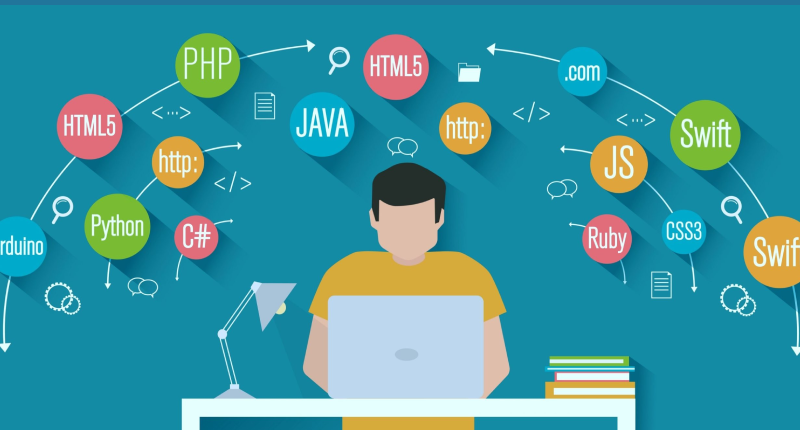 The programming languages and frameworks trend for 2016 seems to be heading more frontend development over backend development. Below is just a simplified list of what you should take note of and consider improving your knowledge on.

PHP 7 is the latest version of PHP. Big websites like Facebook, Google and Apple use PHP. PHP 7 is also two times faster than the previous version 5.6 – this will have a huge improvement on CMS systems like WordPress and Drupal.

Python 3.5 was released in 2015 with some juicy features like Asyncio. Nearly all libraries are available for Python 3 so it might be a good time to upgrade your legacy code base now.

Node.js has the largest ecosystem of open source libraries in the world. Node.js is always a good study choice and with its long term support release, it provides added stability going forward. LinkedIn and Walmart use some aspects of Node.js on their websites.

Swift 2 was released earlier this year and it’s growing rapidly (it’s the fastest growing programming language in history!). It’s open source and it has already been ported on Linux which means that it is now possible to build backends and server side software. It’s built by Apple (not the granny smith apple) and they have big plans for it so it would be good to take note of it as the popularity grows.

HTML5 is last and certainly not the least. It’s the one you need to watch out for! YouTube switched from Flash to HTML5 this year and Adobe Animate’s exports are now defaulted to HTML5. It’s also one of the fastest growing job trends on indeed.com which shows its popularity. HTML5 is probably one of the best long term languages to study within the next 3 years. Some sites that make use of HTML5 are Ford, Peugeot and Lacoste – they are really cool.

These complete frameworks offer features like icons and other reusable components for navigation, sets of forms, styled-typography, buttons, popovers, alerts and more.

Bootstrap has become very popular in 2015 and this popularity is only going to increase in 2016 as it is turning into a web development standard. Version 4 is coming out soon and it will integrate with SASS. It’s quite easy to learn and it comes with some neat extensions and examples too.

Foundation is an alternative to Bootstrap. In 2015 they launched Version 6, which focuses on modularity so that you can only include the pieces that you need for a faster loading time and it’s also built with SASS.

Skeleton is a sexy (there’s no other word to explain it) boilerplate for responsive, mobile-friendly development. Skeleton is a small collection of CSS files that help you to develop sites quickly and beautifully that look incredible on all screen sizes.

Backend frameworks or application layers is the ‘brain’ of the website. It’s how the website operates and the logic behind it. You are developing the ‘brain’ whereas in Frontend, you are creating the ‘face’.

Depending on which language you prefer, there are plenty of choices. Below is a list of a few languages with some of their frameworks:

Frameworks can be very useful, but it doesn’t necessarily mean that it will be useful for you. Ultimately, it is the developer’s decision on whether or not to use a framework. This will depend on several factors depending on what you want to achieve. Go through each framework and see if it aligns with what you want to achieve before you start utilizing it.

This article wouldn’t be complete without mentioning 2 popular CMSs like WordPress and Drupal. Both are written in PHP and with the new PHP 7 release, it’s even faster.

WordPress has evolved from a dry blogging CMS to a fully-fledged CMS/Framework with plugins that make almost anything possible. Thousands of developers make a living as a WordPress developer by creating premium themes or plugins. You can also use WordPress as a REST API backend.

Drupal 8 was released in 2015. It makes use of Symfony 2, Composer packages and the Twig templating engine. A few websites that are run on Drupal are: Johnson & Johnson, BBC Store and World Economic Forum. Drupal is ideal for content heavy websites.

If you are in doubt about what to spend time studying, we’ve made a list of some frameworks we believe you should invest your time in: